WE ARE A FAMILY-RUN BUSINESS ESTABLISHED IN 1946

Dell Rhea’s Chicken Basket got its humble beginnings sometime in the late 1930s or early 1940s in an old gas station lunch counter. One day, two local farm women came in and overheard the owner (Irv Kolarik) talking about selling more food. Having a wonderful recipe for fried chicken, they approached him and offered to teach him how to cook fried chicken if he would buy his chickens from them.

Because the fried chicken was so good and the highway so busy, the Chicken Basket outgrew its lunch counter and the two car repair bays were turned into a dining room. Not long after that, with the restaurant still growing, the adjacent land was purchased and a brand new restaurant was built.

The restaurant’s many large windows allowed patrons to view the small private planes taking off and landing at the old Hinsdale airport across the street. There was always something going on at the Chicken Basket, whether the roof top ice skaters in the winter months or the live entertainment on the weekends.

The restaurant’s need for chicken soon outgrew the capability of the two local women, and another local farmer who was just moving into the area took over. That farmer was none other than Stanley Helma, father and grandfather of today’s owners.

In the early 1960s, Illinois Route 66 bypassed the Chicken Basket and the beloved Route 66 icon fell on hard times. People who remembered the restaurant couldn’t figure out how to get to it and it almost went out of business for lack of customers. In 1963, Dell Rhea and his wife, Grace, bought the restaurant at a bargain price. Dell, being very well known in the area, used his reputation to help bring people back to the Chicken Basket. The Lombardi family took up the reigns in 2019 with the promise to continue the tradition by keeping intact the original recipe, wonderful service, and homestyle environment that makes the Chicken Basket world famous. 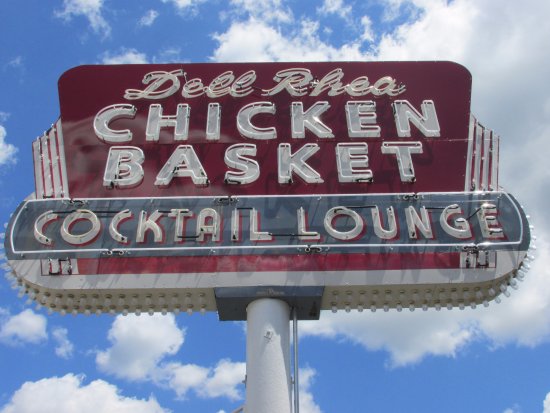 Our goal has long been to serve our customers the freshest, most outstanding food. We also promise to provide you with the best service in the world. We would like to thank you for 75 plus years of loyalty, and we would like to ask for another 75 years of that same loyalty. 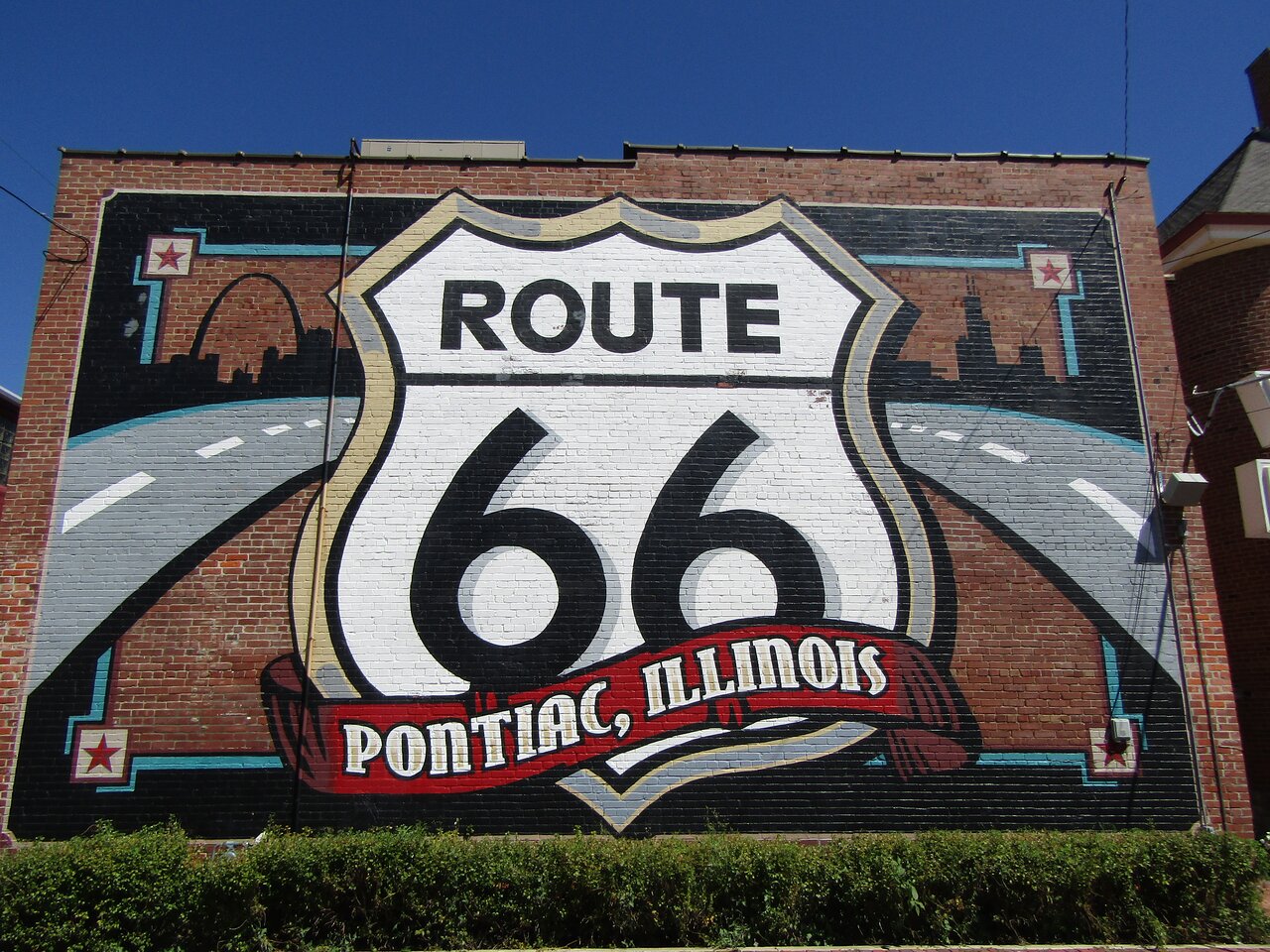 Dell Rhea’s Chicken Basket was registered with the National Register of Historic Places by the Department of the Interior. 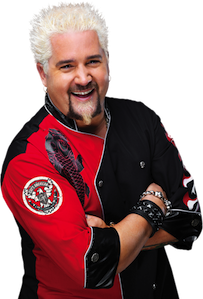 Diners, Drive-ins, and Dives with Guy Fieri visited The Chicken Basket on his Route 66 tour. He raved about the fried chicken and called the mac n’ cheese, “A Colorado River of Cheese and Macaroni!” Hopefully that flowed right through Flavortown!

Under new ownership with the promise to continue the tradition by keeping intact the original recipe, wonderful service, and homestyle environment that makes the Chicken Basket world famous. 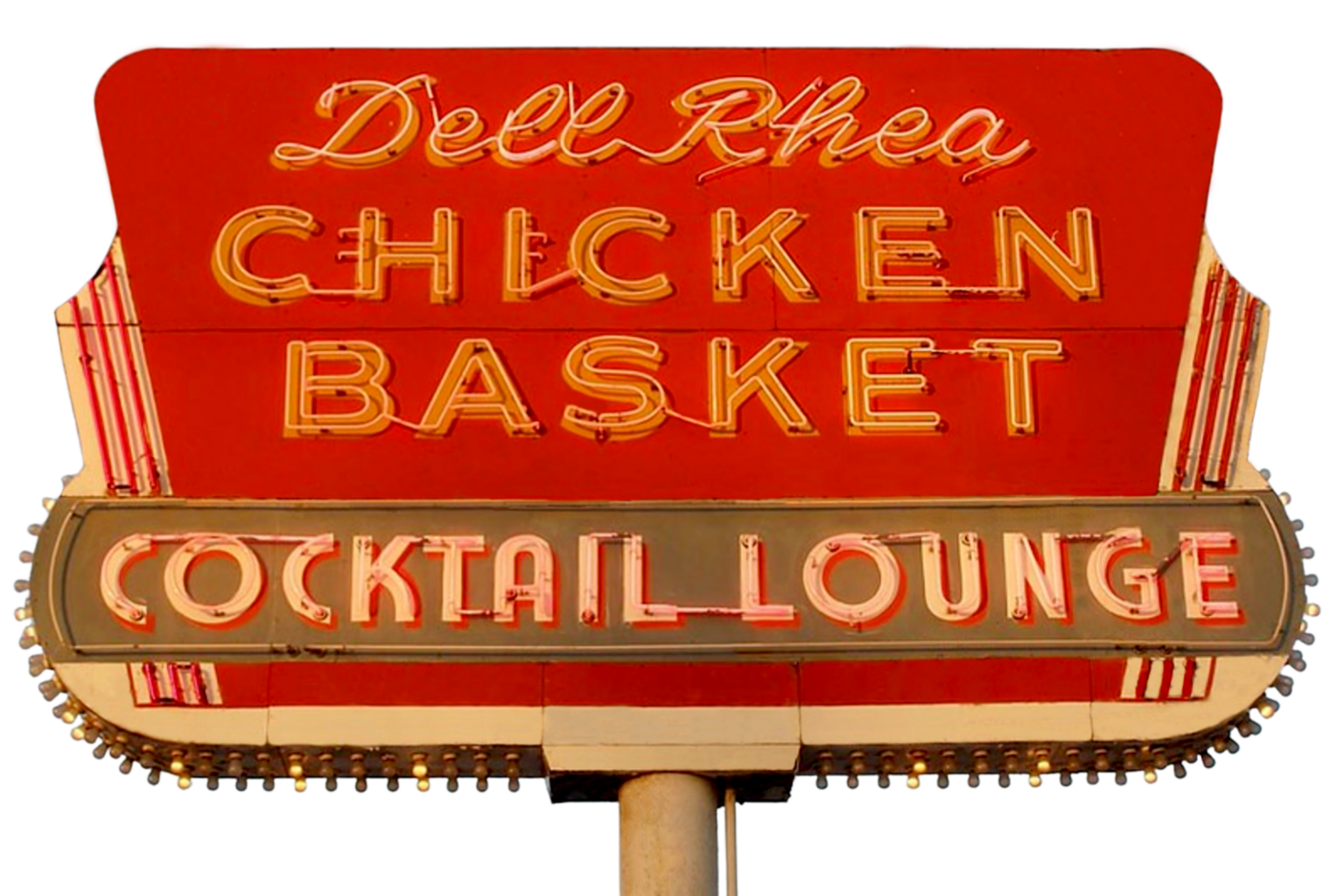